Inkonova is a startup that develops drone solutions. Based in Stockholm, it started selling mid-2015 utilizing the tilt-rotor systems for racing drones, creating one of the world’s fastest drones and beating a Lamborghini, before switching focus to becomes the world’s first developer of drone solutions for underground mines.

Inkonova has a principal creed of “Maximum Alleviation of Human Suffering” that guides its strategy, mission and performance metrics. 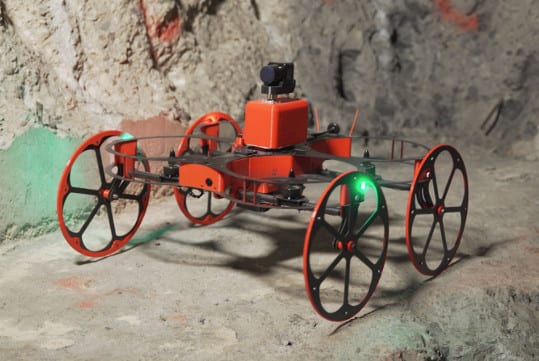 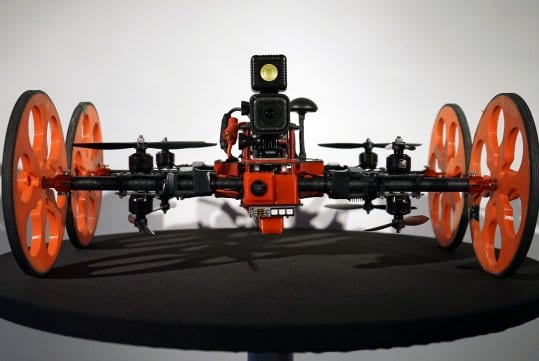 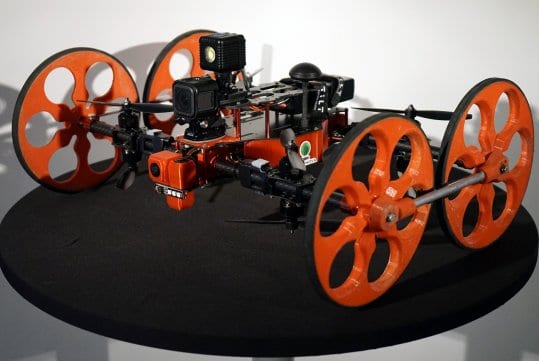 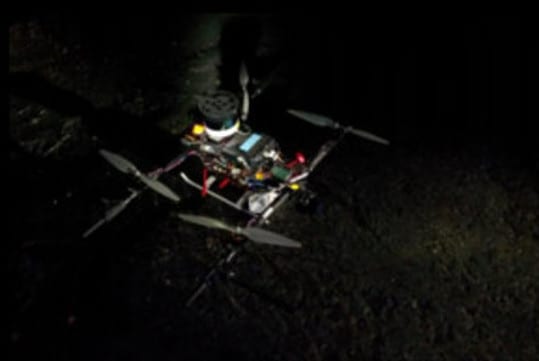 Most underground mines lose millions of dollars annually in delays, errant planning and no-gos because they can’t access or scan certain zones. (see example cases here). The TILT Ranger addresses two vital needs; laser scanning, hybrid (aerial, terrestrial) access, and optimization for underground environment. These needs are oft-occurring where terrestrial access or video scans are not applicable solely. Starting December 2017, our units our equipped with collision avoidance systems specific to underground mines.
The Scout is a lower cost, lighter payload variant of its big brother; the Ranger. Holding the same hybrid fly/roll/climb navigation capacity, enabled by its wheels and its tilt-rotors, the Scout came as response to increased demand for inspecting smaller inaccessible zones, or zones with smaller entry points such as pipes, tanks, vessels, ducts, shafts and small chambers.

The Scout carries over the rugged design of the Ranger, to suit inspection missions in tough environments, and comes with a degree of water resistance.

The standard payload is mainly visual, but it can be customized to hold any payload below 300g.

The Scout is also used to complement the Ranger where it can be flown in, as a lower cost, lower-risk expendable unit, to pre-explore the inaccessible zone before sending in the Ranger with the the expensive 3D laser mapping apparatus.

Inkonova developed an autonomous navigation system for aerial drones to operate in unknown zones without any touch of infrastructure; no GPS, light or any installations. Ones akin, but not limited, to underground mines. This solution, called The Batonomous, has been on beta commercial availability since the start of 2018, for availability inquiries email us,or read more about the system below.

It is an architecture of the drone platform, flight control system, SLAM and  laser scanners, that constitutes this special autonomy mode, autonomy of bat-like environments, or batonomous navigation.

Drones as they exist now give sensors wings, they also have primitive minds and eyes, we’re trying to be the next evolutionary step in this eye-mind system that enable robotic birds to fly in underground or similarly dark spaces without any touch of infrastructure.

Read about our latest development on batonomous navigation in this release

At RAMJACK Technology Solutions, we offer solutions from Inkonova™ to clients in Africa, Europe, the Middle East and Latin America.